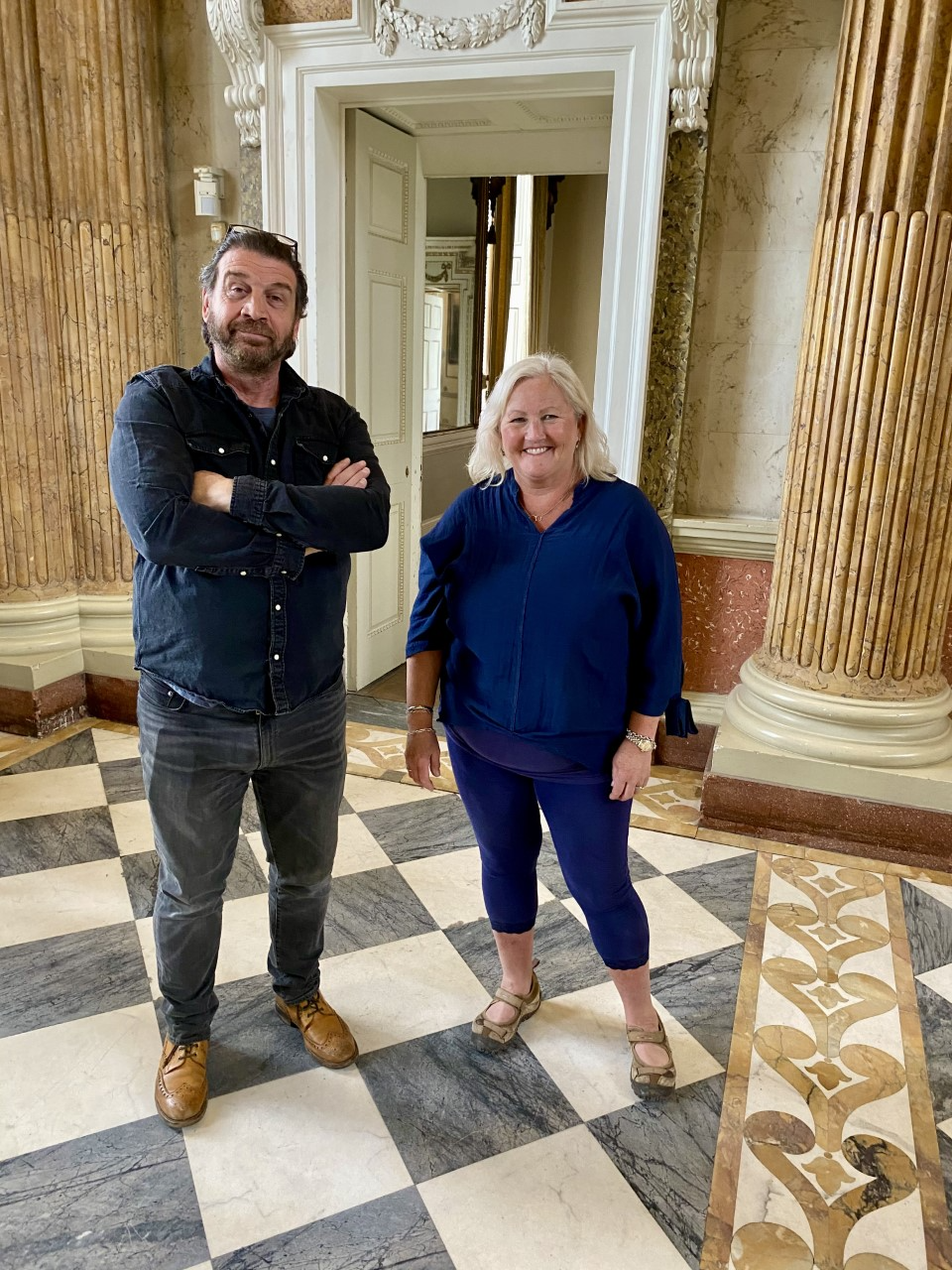 DIY SOS hero Nick Knowles knows more than a thing or two about buildings in dire need of some expert TLC.

But even he must have been amazed by the scale of vital repairs at Wentworth Woodhouse in Rotherham when he arrived to film his latest TV series, Nick Knowles: Heritage Rescue.

The Preservation Trust, which has owned the Grade I listed stately home since 2017, has embarked on a £130million project to save it for the nation.

The presenter, who has a keen interest in historic architecture, found out how the largest stately home in Britain, once home to the Marquesses of Rockingham and the Earls of Fitzwilliam, had fallen into decay after over 70 years of neglect.

At 9pm on Wednesday, December 15 viewers can watch Nick join artisans brought in to repair the Georgian mansion’s three acres of roofs, the  elegant portico on its vast East Front and restore its North Pavilion complete with 18-foot weathervane.

The hour-long episode is airing on the Freeview channel Quest and is also available to stream on the subscriber channel Discovery +.

During filming at Wentworth, which took place during spring and summer, Nick learned about old masonry, joinery and roofing skills being used by craftsmen from construction contractors Robert Woodhead Ltd.

The popular new series sees Nick Knowles follow owners, custodians and armies of artisans going the extra mile to save some of Britain’s most magnificent and historic buildings dangerously close to wrack and ruin.

He uncovers some of their more surprising histories and reports on the skills and passion needed to keep Britain’s heritage alive.

“There was great excitement at Wentworth when Nick’s production team said they would like to include us in Heritage Rescue,” Said WWPT’s CEO Sarah McLeod.

“The programme will raise our profile to viewers around the world  and we were delighted to meet Nick.

“He was fascinated by the story of the house’s fortunes and decline, the restoration of crumbing 18th century plasterwork on the East Front portico and crucial repairs to make the North Pavilion at one end of the Front water-tight.

“Nick also signed some builders’ hard hats for us which we plan to auction off in aid of Trust funds next year along with other celebrity items.”