Shock and shutdown, then silver linings – How Wentworth Woodhouse survived the pandemic 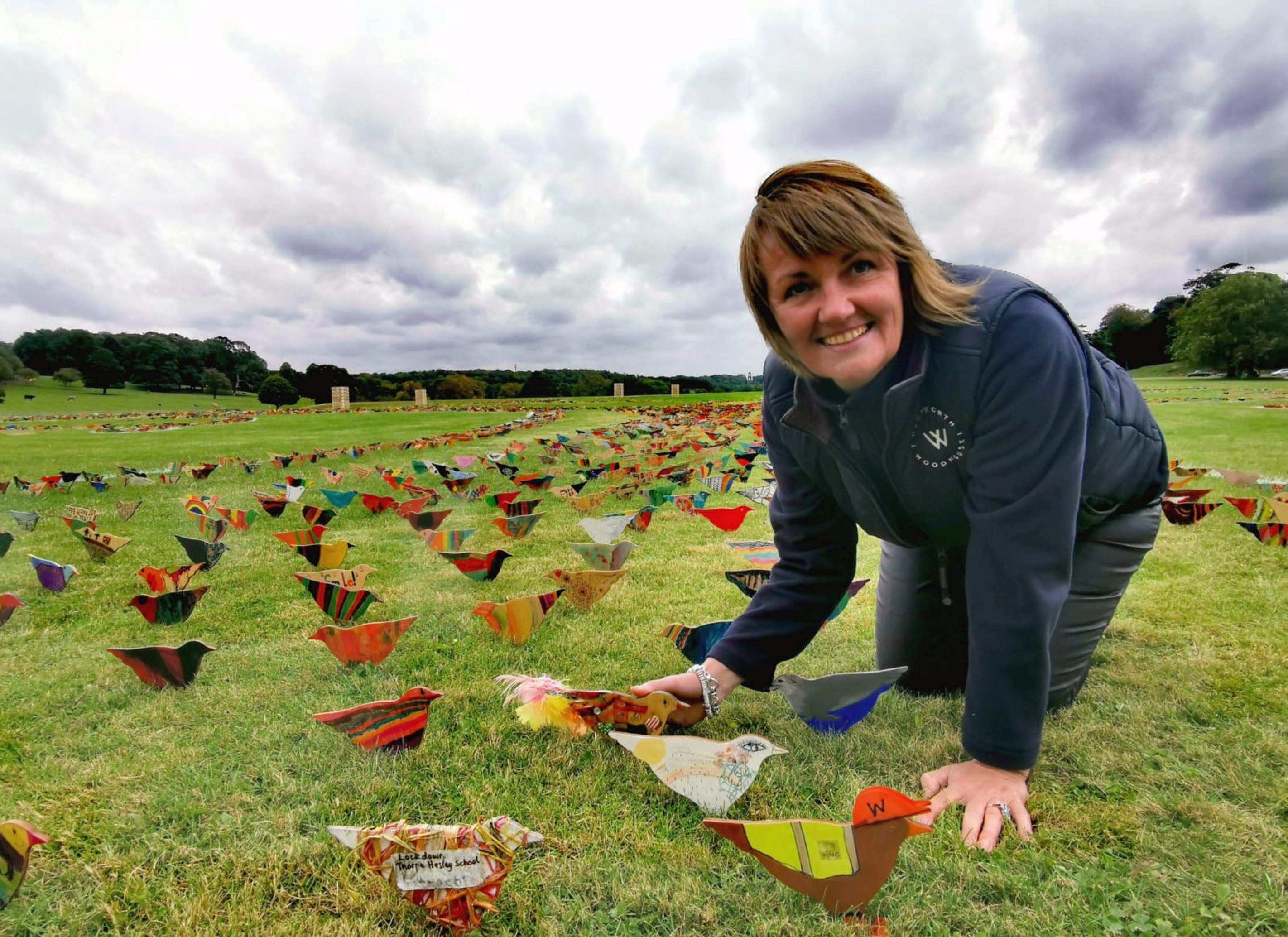 Wentworth Woodhouse has survived much during its 250-year history. But its future looked bleak when the COVID-19 pandemic hit the UK.

2020 was set to be a turning point in the resurrection of the Rotherham country house once owned by the Marquesses of Rockingham and the Earls of Fitzwilliam and one of England’s finest stately piles. Its new owner, the Wentworth Woodhouse Preservation Trust, was three years into its mission to prevent the Grade I listed mansion’s financial and physical collapse. Visitor numbers were rising and an annual programme of events was well-established. A colossal programme of crucial repairs to two acres of the mansion’s roof was soon to come to an end, protecting some of the most vulnerable areas of the building. And then came the pandemic lockdown, followed by Tier 3 restrictions for South Yorkshire. Tours and events were cancelled. The mansion’s doors were bolted. Construction work came to an abrupt halt.

Almost all of the Trust’s staff went immediately into furlough, income dropped like a stone and the business plan became redundant. But as 2020 draws to a close, this majestic and indomitable house is again rising like the proverbial phoenix. Through careful control, the ship has been steadied. The Trust will see a small profit by the end of the financial year, three new jobs have been created and a COVID-19-proof business model has been set out for 2021.

“Initially, like everyone, we were shocked and imagined the worst. But actually, we were able to find silver linings during the months that followed,” said Sarah McLeod, CEO of the Trust which bought the house for £7million in 2017. Everyone rushed to help – from volunteers deciding to create a stream of morale-boosting videos about life at the house to the funders who acted swiftly to support the devastated heritage sector.”

The swift arrival of £240,000 from an emergency pot, granted by the National Lottery Heritage Fund, gave the Trust three months of vital breathing space. It kept the wolf from the door, paying running costs from April to June. “Our Finance Manager Penny Ramsden and I paid the bills, took stock and rethought the business plan to find a way forward,” explained Sarah McLeod. Contractors Woodhead Group were also finding solutions; they managed to establish safe methods of working and in May roofers and stonemasons were back at the house. For WWPT, having no daily operational duties to carry out meant there was time to apply for more grants and work out new directions. A core team was brought back and a digital audit of the site was carried out, utilising some of the £240,000 grant. The team swiftly realised a COVID-safe means of generating income was literally sitting on the doorstep. The mansion’s 55-acre garden was to become its salvation.

By summer, its woodland copses, wildflower meadows and rambling lawns – once beautified by famed Georgian landscape gardener Sir Humphry Repton – had been thrown open to paying visitors for the first time. The mansion has been open for just a few weeks over the summer holidays, but the gardens have been open for much of the year and will continue to open every weekend. “The gardens brought income, gave people a beautiful, relaxing place to exercise and unwind and kept their connection to us – it was really important not to lose the support we had worked so hard to build,” explained Sarah McLeod. Developing the gardens for visitors was planned for the future, but the virus forced those plans to the fore. A Culture Recovery Fund grant via the National Lottery Heritage Fund made it possible The grant awarded  £468,282 to help the house survive in the run up to winter and paid for a food trailer and a mobile classroom and two shepherd’s huts, which are on order and will be in operation next year.

The grant also covered wages and meant the team could move swiftly on long-held digital plans which had become very relevant in COVID times. An online fundraising shop was launched and a mobile film studio equipment was purchased. A volunteer video production team is now in training. Informative films about life behind the scenes will eventually be shown on TV screens in the mansion’s cafe and reception and on Wentworth’s own YouTube channel, which will launch later in 2021. Creating interactive digital experiences for visitors can now be piloted thanks to £40,000 from grant from Art Fund, the UK’s national charity for art. Wentworth Reimagined will bring Wentworth’s characters back to life.

In October,  thanks to a grant from Historic England, £331,200 was awarded from the Heritage Stimulus Fund, part of the Government’s £1.57bn Culture Recovery Fund for Heritage. The Trust was able to install a temporary heating system and forge ahead with enabling works which will allow it to introduce a ground-source heat pump system in the future. These works include urgent repairs to underground drainage, a new water mains connection and the removal of asbestos from the mansion’s cellar.

In November, a further £720,000 was awarded by Historic England from a Heritage Stimulus Fund set aside to restart heritage construction and maintenance projects hit by the pandemic and save jobs in the sector. It is paying for further vital roof work at each end of the famed East Front – on the North Pavilion, North and South Quadrants, the Meter House and a further section of the Long Gallery. This will protect rooms below, contribute to the building’s sustainability and support jobs in construction and traditional crafts. Said Sarah McLeod: “We have fought to bring in these grants and as a result, many positive things have happened here during the pandemic. Our gardens are thriving. The house is now warm for the first time since the heating system broke down in January. “Asbestos has been removed from the cellars, the roof has been repaired, the East Front is free of scaffold after two years and we have the money to repair other vulnerable areas.

One of the greatest achievements of the year was involving thousands of local people in the creation of The Flock, an art installation to mark the effects of COVID-19 –  positive and negative – on the community. The installation saw 10,000 small wooden birds, hand-painted by the public and symbols of freedom through unity, displayed on the mansion’s front lawn.

Said Sarah McLeod: “Our priorities have been trying to keep people safe, boost morale, retain jobs and keep the project moving.“We are one year behind where we had planned in terms of sustainability. But what is one more year in the life of this house? “We hope to hit the ground running when we come back next year. Supporters will find an even better Wentworth Woodhouse waiting for them when we can re-open in the spring.”

Find out more about the project at wentworthwoodhouse.org.uk