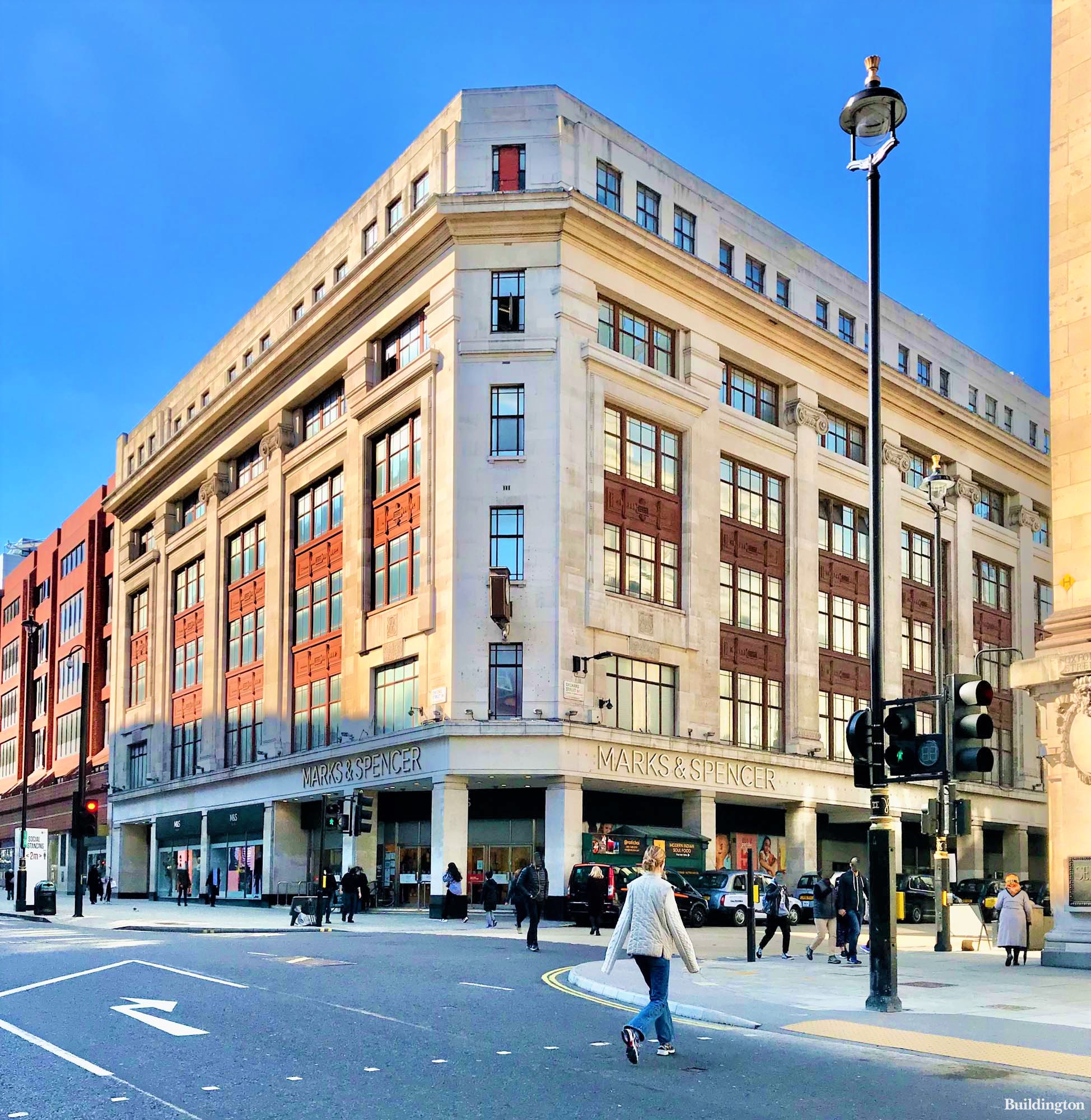 The campaign to stop M&S knocking down its flagship store on London’s Oxford Street is set for a showdown this autumn.SAVE Britain’s Heritage will be leading the case against demolition of this much-loved 1929 landmark at a public inquiry – and they need your help.Fighting public inquiries is an expensive business. They are asking for help to raise £20,000 towards legal fees and expert witnesses.

The inquiry starts on October 25 and is scheduled to last two weeks. There’s no time to lose.Environmental costM&S’s destructive plans would release almost 40,000 tonnes of CO2 into the atmosphere immediately, through the demolition of the existing building and raw materials used to build the new one. Carbon emissions emitted today have a larger impact compared to those released in the future, such as through a building’s on-going use. This is because today’s emissions are in the atmosphere and contributing to global warming for longer. Therefore major new sources of emissions such as the construction of this proposed new scheme are particularly damaging.SAVE’s experts will demonstrate that the M&S building is an eminently suitable candidate for a “deep retrofit” which would bring it up to the highest contemporary standards of sustainability, robustly challenging M&S’s case for demolition and rebuilding from scratch.HeritageThe existing Portland stone landmark, with its oxidised panels and pilasters referencing its world-famous neighbour Selfridges, has characterised this prominent corner near Marble Arch for almost a century. There is no reason why it shouldn’t contribute to the Oxford Street townscape for another 100 years. The loss of this handsome building would be extreme and disproportionate, especially in the historic setting of the nearby conservation area.

Public outcryIt is no wonder that Marks and Spencer’s demolition plan caused a huge public outcry. It contradicts local and national environmental policy commitments. M&S trades on its sustainability credentials and these proposals fly in the face of its own ‘Plan A’ net-zero pledge.SAVE believe they stand a very strong chance of winning the public inquiry. The new Secretary of State has an opportunity to provide a landmark decision which will change the course of construction.CrowdfundingSAVE is a small independent charity that receives no public funding. They need to raise £20,000 towards legal fees and expert witnesses so are asking for support with their crowdfunder.They have already scored a significant victory in successfully urging the government to “call in” the proposals for a public inquiry. Thank you to everyone who signed the petition or wrote letters. Your voice was heard.SAVE will be a “rule 6 party” at the inquiry, meaning they will be leading the case against M&S’s plans. Tehy have appointed a barrister and will be fielding expert witnesses to give evidence on heritage, embodied carbon and other arguments.Now they need YOUR help.

You can support their crowdfunding appeal here.