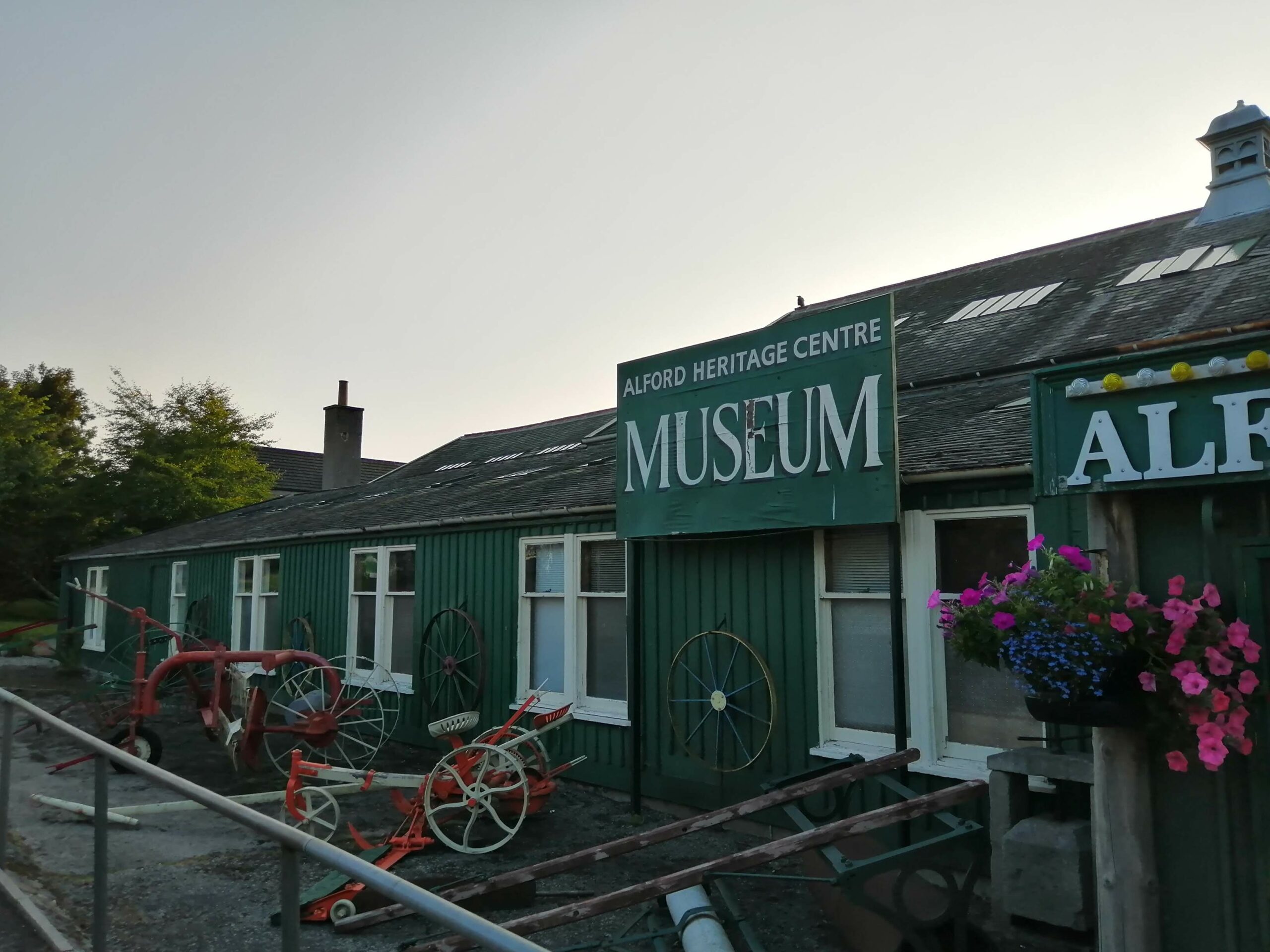 Alford Heritage Museum has been awarded Category A listed status by Historic Environment Scotland (HES) in recognition of its special historic interest as a rare surviving example of an early 20th century livestock auction mart, and an important piece of Aberdeenshire’s rural and agricultural heritage.

Opening in 1905, the Alford Auction Mart was built for and operated by Aberdeen cattle salesmen Reith and Anderson, the largest cattle firm in Aberdeenshire at that time. As regulations changed and livestock sales centralised in the years following the Second World War, small, rural livestock marts declined and the Alford Auction Mart closed in 1986 after 80 years of near-continuous operation.

The site remains today as a largely complete and very rare example of a pre-1914 livestock mart of timber construction in Scotland, and is open to the public as a museum which aims to preserve the rural heritage of the north-east of Scotland.

Dara Parsons, Head of Designations at HES, said: “Scotland has an incredibly rich and diverse built heritage, and listing is an important way of celebrating this history and ensuring that its value is recognised by future generations.

“The Alford Heritage Museum is a welcome addition to the List. Only the most outstanding examples are given a category A listing, and in this case we have recognised the important contribution the former mart makes to our understanding and appreciation of agricultural life, economy and society in this part of Scotland during the 19th and 20th centuries.”

“We would like to thank all at HES for their help in the listed building application and look forward to working with them in the future.”

View the full designation report on the HES website.

This article has been shared from the Historic Environment Scotland website and HTN Scotland members, Alford Heritage Museum: