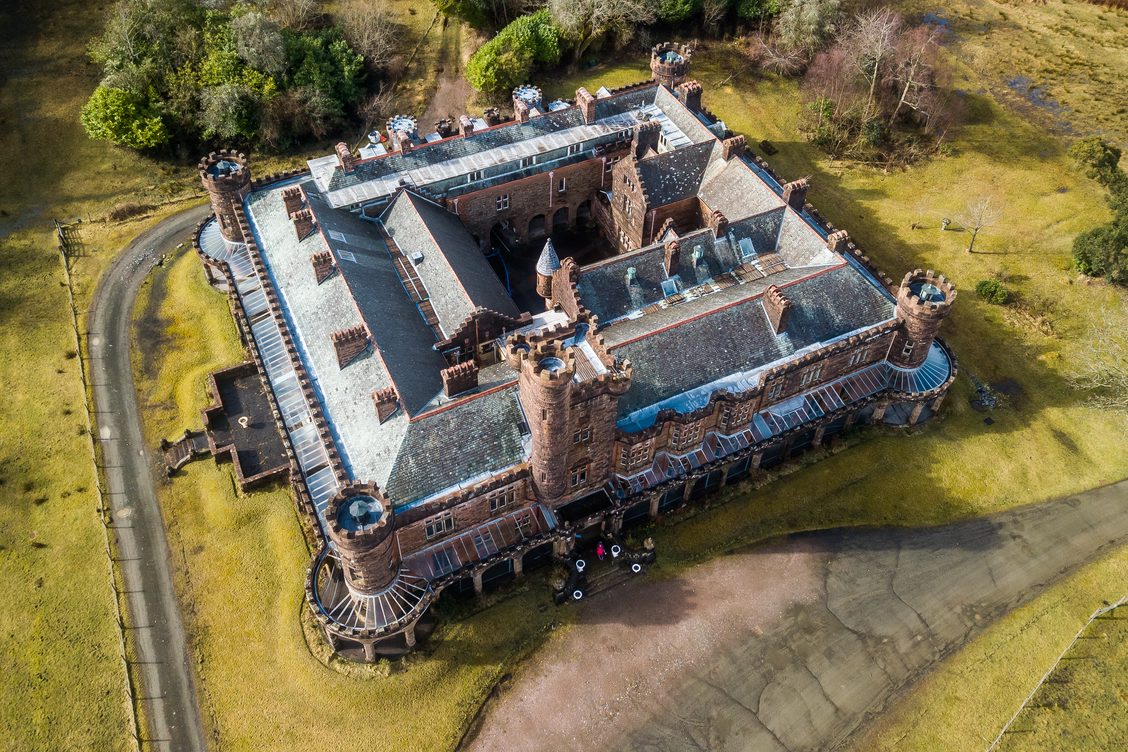 NatureScot has announced that they are in advanced discussions with a potential new owner for Kinloch Castle on the Isle of Rum, a property the nature agency has owned since 1957.

Subject to requisite approvals being obtained, the Castle would be placed into a charitable trust, the aims of which are to conserve the building and its contents and on completion, to provide managed public access into the future.

As part of ongoing negotiations, NatureScot is ensuring that an irrevocable pledge is made in favour of the Trust (when and if established) by Mr Jeremy Hosking, a British businessman.

“Kinloch Castle is a fantastic asset, but it isn’t a good fit for NatureScot with our strong focus on protecting and restoring Scotland’s nature. So we’re delighted that a new sustainable future for Kinloch Castle has been found and that the castle will continue to play an integral role for the community on Rum.”

Kate Forbes MSP said:
“Kinloch Castle is an exceptional building and so I am pleased a new owner has eventually been found, who will hopefully invest significantly and engage with the local community to ensure the Isle of Rum has a thriving future.”

Professor Ewan MacDonald of the Kinloch Castle Friends Association said:
“The whole team at KCFA are delighted to welcome the forthcoming sale of Kinloch Castle to a Trust set up for the purpose. For us this marks the culmination of 26 years of hard work fighting for the restoration of this special building. We thank the good offices of Kate Forbes MSP who has provided timely support, Cllr Angus Macdonald who has been tireless in his seeking for a strong future for the castle and Hugh Garratt, Heritage Surveyor, who has given not just his advice, expertise and support but also imbued our team with the confidence that the castle is worthy of saving and still sturdy enough to be saved. This will benefit the island, its community, and the Small Isles.”

Cllr Angus MacDonald said:
“This sale will secure the renovation of an important Category-A building. This is great news for the island, its shop, café, and other businesses. It brings job opportunities for willing islanders and a boost to the population of the island.”

NatureScot acquired Kinloch Castle in 1957 when the Nature Conservancy Council purchased the Island of Rum as a National Nature Reserve from its original owners – the Bullough family. Previously, the castle was used as a hotel, bar/bistro and hostel and continues to be a visitor attraction. The hostel closed in 2015 and since then NatureScot has had no operational need for the building.

It is of national significance as a unique example of a 19th century shooting lodge with its ostentatious exterior matched only by its remarkable interior; it retains all its lavish Edwardian fittings and contents.

NatureScot has been implementing a conservation plan to maintain and protect the castle, in agreement with Historic Environment Scotland and Highland Council.

The sale is being negotiated by Savills on behalf of NatureScot.

The KCFA team have been heavily involved with finding a potential buyer for the castle and as the press release says, are delighted with this progress. They are still working together with Jeremy, Hugh and his team and are providing documents and other assistance where possible. They look forward to the time when they will once more be able to stay in the castle.