Historic Coventry Trust: £2m funding for regeneration of The Burges 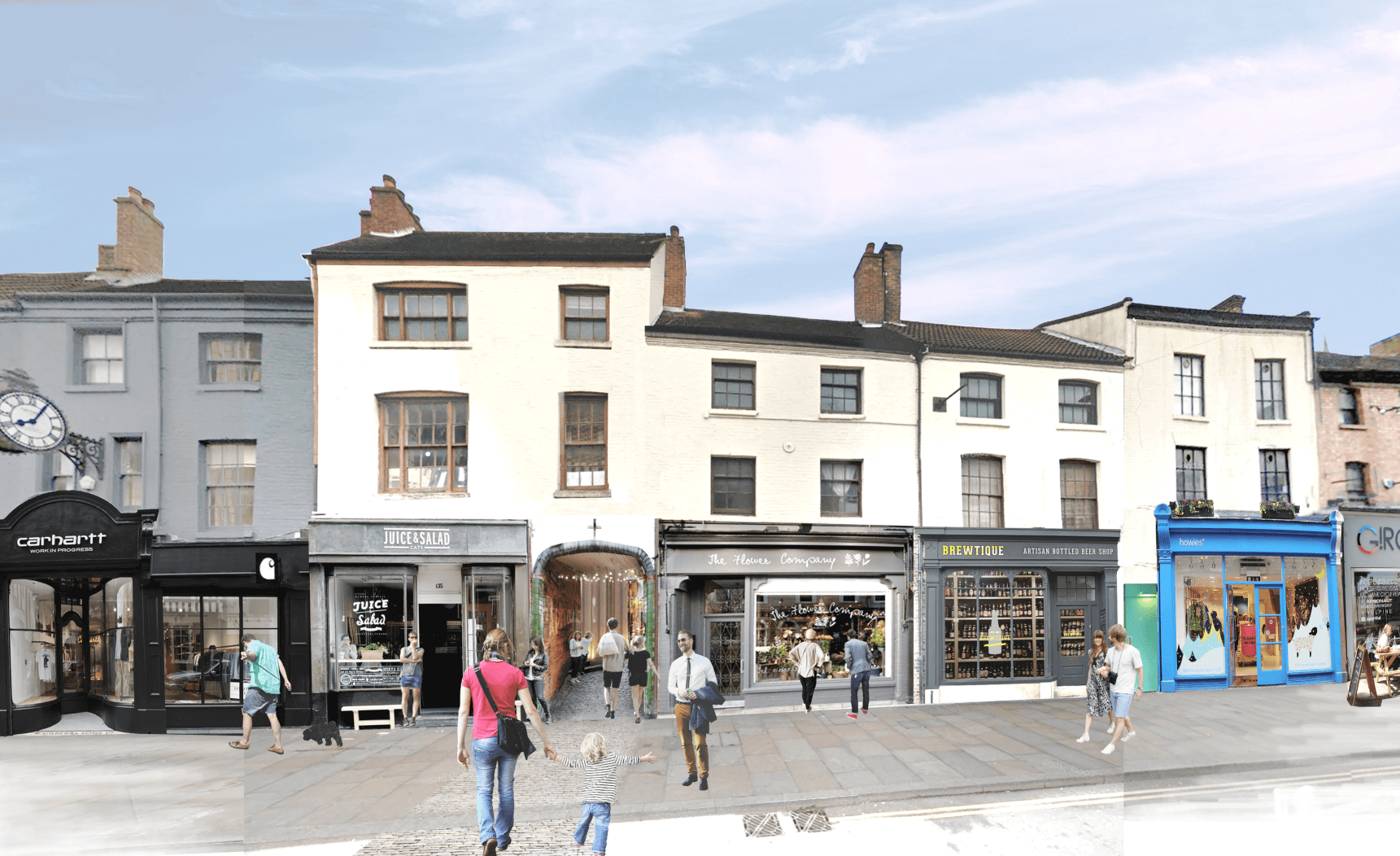 £2m funding for regeneration of The Burges confirmed

£2m funding for regeneration of The Burges confirmed as Coventry announced as a national demonstrator project for High Streets Heritage Action Zone programme.

A project to breathe new life into The Burges in Coventry has been given a major grant by Government.

The Department for Digital, Culture Media & Sport (DCMS) has announced support of £2m for the regeneration of one of the city’s oldest shopping streets as a demonstrator project for its £44 million High Streets Heritage Action Zone programme led by Historic England, as part of an overall £62 million investment in high street heritage.

Plans for The Burges include the restoration of existing building frontages and reinstatement of historic shopfronts, as well as opening up the river in Palmer Lane to the rear as a new public square, turning the river into an asset for locals and visitors.

Historic Coventry Trust, which led the bid, working closely with Coventry City Council and Coventry BID (Business Improvement District), will follow the blueprint that has been so successful in transforming Far Gosford Street into a bustling area of the city that celebrates its heritage.

The Burges, which links the retail core and Coventry Transport Museum, has been neglected for many years and the regeneration is an important part of improving the visitor experience.

The funding will allow the Trust to start restoration work this year, boosting the street of independent retailers in time for Coventry’s year as UK City of Culture in 2021. The Trust will be working closely with local owners and businesses to improve their buildings.

Ian Harrabin, Chairman of Historic Coventry Trust, said: “We have been working hard with Coventry City Council over many years to raise the funding to bring about the regeneration of this ancient street as a follow-on project to Far Gosford Street.

“We’re finally there and Coventry is leading a new Government programme with the city in the national spotlight for heritage regeneration. This is great news and many people will join me in the excitement of opening up the city’s river, where the very origins of Coventry began.

“This is a part of the city centre that is sorely in need of regeneration and our plans will make it an area that will attract visitors and boost the economy.

“We are very excited about the opportunity that 2021 has given to Coventry and will be working with City of Culture to ensure that creativity is integral to the proposals.”

Councillor Jim O’Boyle, Coventry City Council, said: “The regeneration of The Burges and Palmer Lane have been in our sights for a long time with huge support from the community and local businesses.

“This all fits with our plans to make Coventry a great visitor city, boosting retailers and turning the tide on national decline of the high street.”

Andy Talbot, Chair of Coventry BID, said: “Coventry BID are delighted to be working with Historic Coventry on this new initiative for The Burges. It is wonderful that our BID businesses in this area will see an improvement in the aesthetics of the street.”

This article was originally published by Historic Coventry Trust here.