A Day in the Life: Visiting Rum, Canna & Sanday

Our Development Officer for Scotland has shared a glimpse of one of her member visits to the Small Isles.

Kinloch Castle Friends Association are working towards the regeneration of Kinloch Castle on the Scottish Isle of Rum. The castle was built in 1901 and after the owner died, it was sold in 1957 to the Nature Conservancy Council as a National Nature Reserve. The Category A listed building was used as a hotel and hostel and since 2004 has been on the Buildings at Risk register.

Here is a quick video showing off Kinloch Castle, the beautiful scenery of the island and what Sarah got up to!

After a ferry ride from Mallaig, Sarah arrived on Rum and met the group. Together they settled into the bunkhouse, before heading to the Walled Garden do some maintenance and the main castle for the removal of some plant growth amongst the stone steps.

On this trip Sarah had a chance to chat with the Friends group, meet local residents on the island, see the building, get to know it better, and develop a greater understanding of the unique circumstances surrounding this project.

The castle is currently owned by NatureScot who own the most of the island, apart from the village which is now owned by the community. There is a community group who would like to see the castle with an owner who wants to use it as a hotel or as a hub for the community. There are a lot of different options so Sarah took the chance to talk some of those through and explore the history as well as doing a bit of maintenance.

There is a small community who lives on the Isle of Rum. They have recently built four new houses so there are also four new families living on the island. 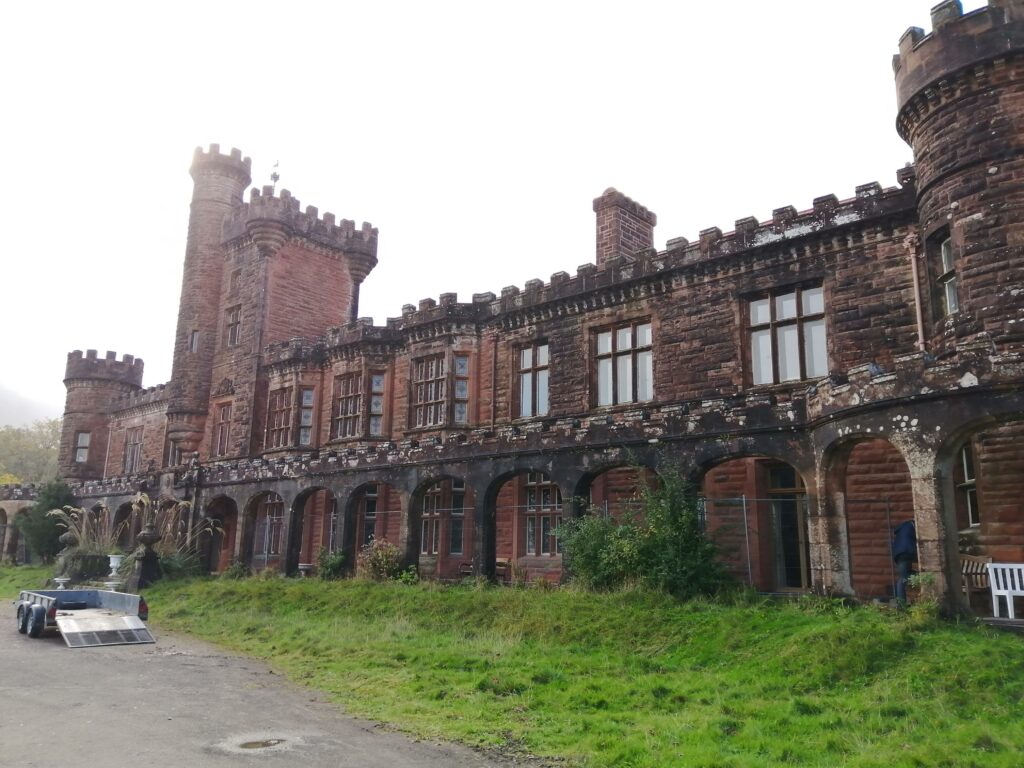 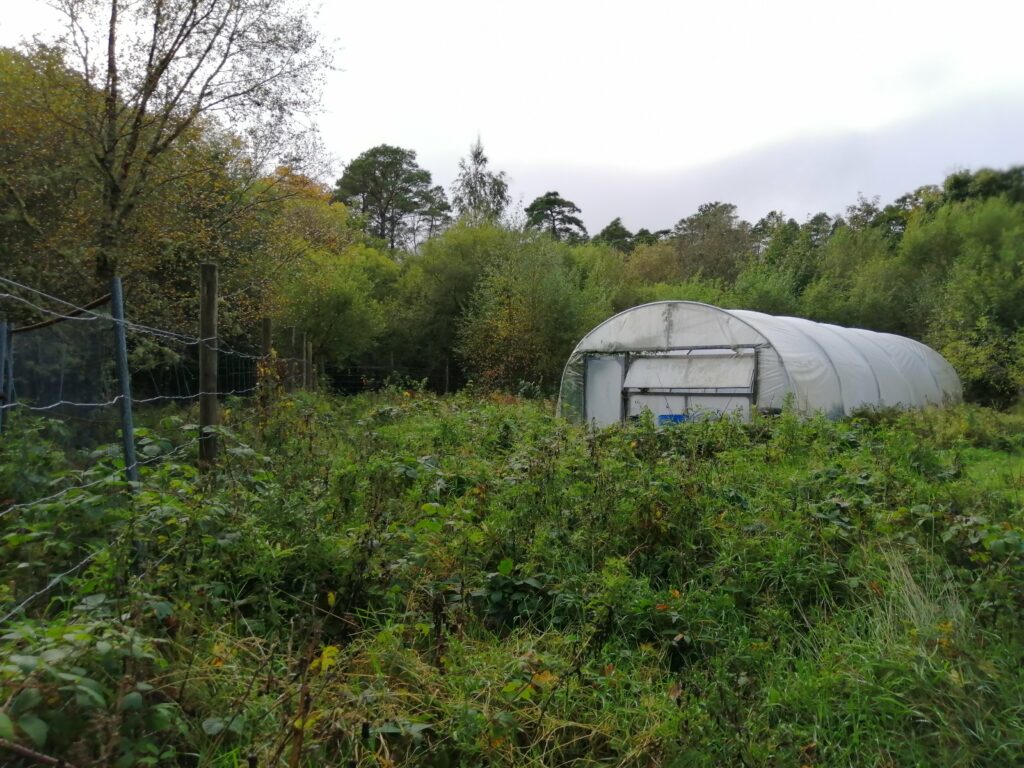 Islands of Canna and Sanday

Sarah then visited Canna and Sanday which are nearby islands.

Here is a video which shows parts of Sarah’s visit including scenery and buildings on the island:

There are currently 15 inhabitants on Canna and Sanday, both are owned by the National Trust for Scotland. In this video (above), Sarah explains that there is work going on at Canna House which houses a wonderful archive of Hebridean life and they’re actually building accommodation so that contractors can come and stay on the island while they’re working on the house. Otherwise, it’s almost impossible to get a building project done. 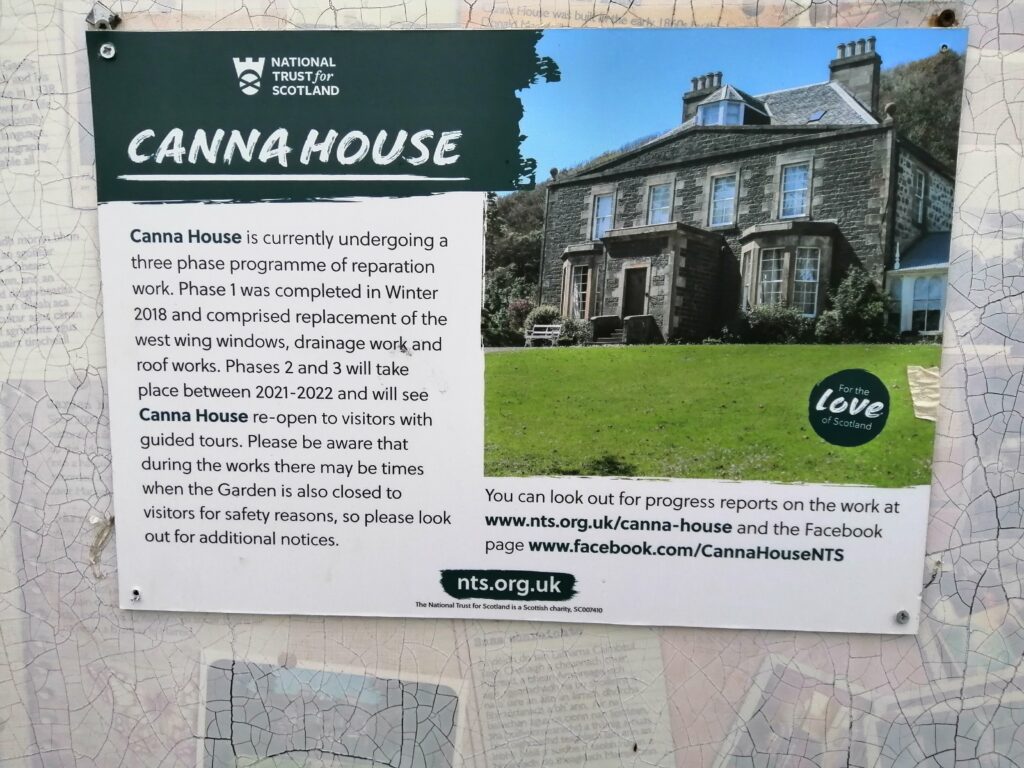 Sarah visited St Edward’s Chapel, built by the Marquis of Bute for the people of Canna and Sanday in the most incredible location.

She also spoke to a lot of different members of the community to discuss the kind of historic buildings that are on the island. Some are owned by the community and some by the National Trust for Scotland. They spoke about what their priorities are for the future what they’d like to use them for. For example, for tourism, visitors or improved housing for local people.

The last building that Sarah visited on the Isle of Canna is the photographer, Margaret Fay Shaw Campbell’s artist hut and retreat up in the hills. There is potential for the community to use this building for artist residencies in the future. 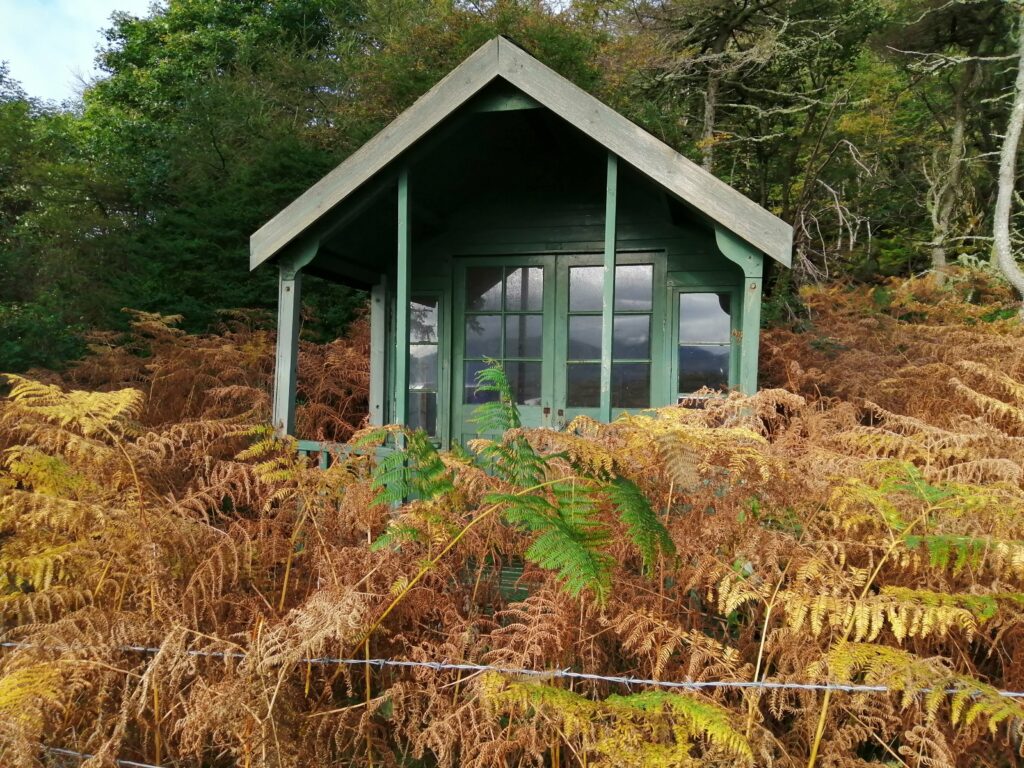