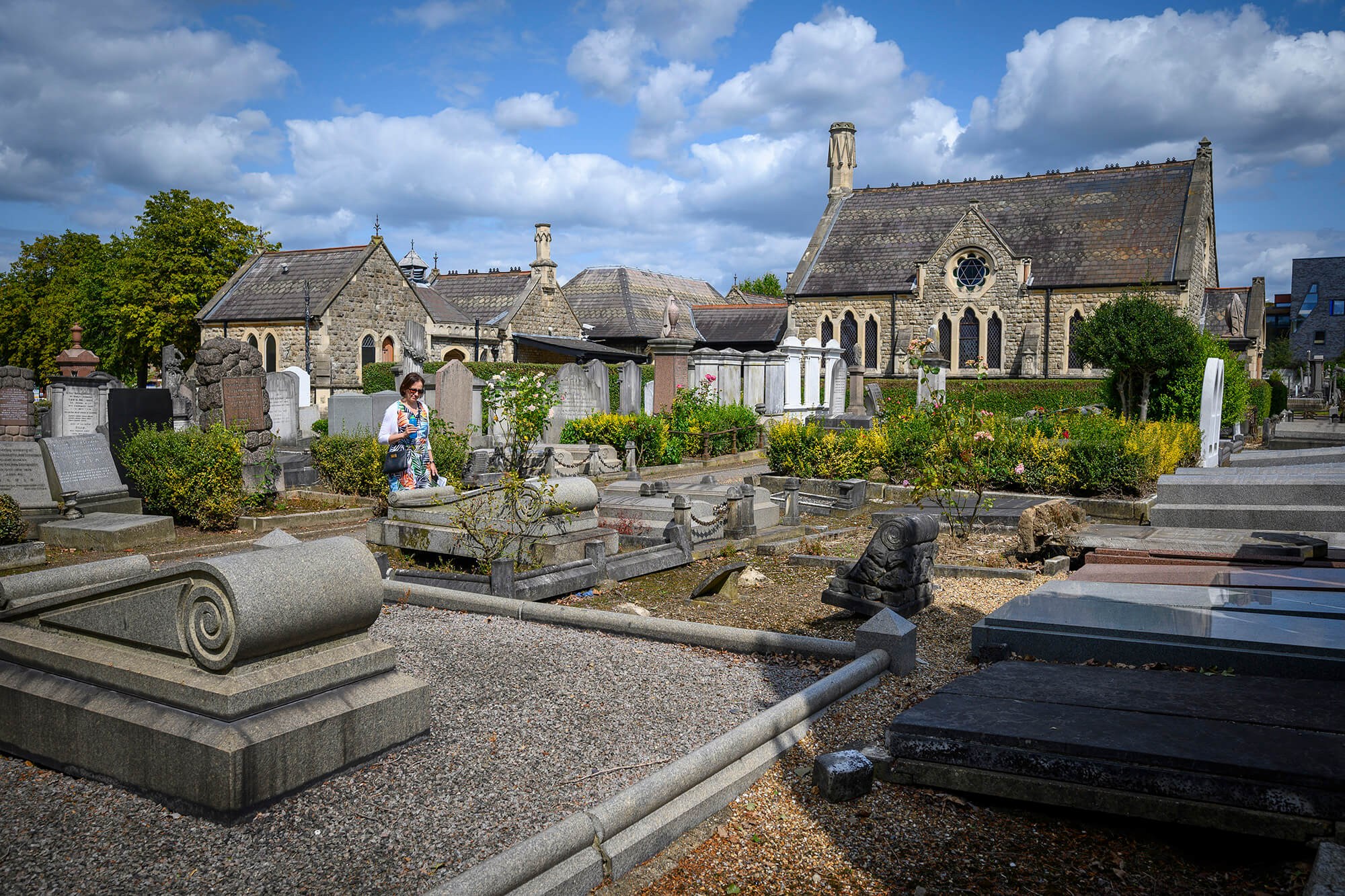 Cliveden Conservation’s stone specialist Ben Newman will be joining Hester Abrams, Project Leader and Curator for the Willesden Jewish Cemetery’s ‘House of Life’ initiative, in a special webinar on 24th September (7-8pm) as part of this year’s Open House Festival.

The webinar ‘Preserving what’s left behind: Transformative Grave Conservation at Willesden Jewish Cemetery’ invites others to hear about the recent conservation of six incredibly rare monuments. The monuments include two of Willesden’s Grade II listed memorials – the Rothschild and Rosebery burial enclosure and a tomb designed by Pre-Raphaelite artist Edward Burne Jones – and a monument to H. Samuel the jeweller.

Cliveden Conservation was appointed by the United Synagogue to carry out careful treatment to these memorials and introduce new specialist methods to caring for graves that could in future be replicated to others across the 21-acre grounds. The webinar will give Ben Newman who has been leading the conservation work the opportunity to speak about the intricacies of the job and the treatments involved:

“It is a privilege to work on this project. The monuments which include a distinctive metal memorial are totally unique. We have been carefully cleaning and repairing the monuments to slow down the natural erosion that comes with time whilst trying to respect their patina of age. Our approach is to come up with a regime of treatments that best suits the individual works according to the varying materials present and the desired end result. Some of the detail of these works and the philosophy of repair will be expanded in the webinar.”

During the webinar, Hester Abrams will introduce the United Synagogue ‘House of Life’ initiative supported by the National Lottery Heritage Fund and share some of the fascinating stories about the people behind the monuments. Hester will also reveal for the first time the latest discovery about the incumbent of one of the monuments whose story has been unknown for nearly a century.

This special webinar is just one of the events which is taking place as part of Open City’s Open House festival which celebrates London’s urban landscape by opening the doors to the city’s architecture.